Religious Identity and Borderless Territoriality in the Coptic e-Diaspora

Religious Identity and Borderless Territoriality in the Coptic e-Diaspora 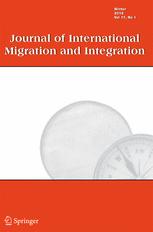 Rent the article at a discount

* Final gross prices may vary according to local VAT.

In recent decades, Coptic Egyptian immigrants have steadily adopted new homelands throughout the world, most significantly in Europe, North America, and Australia. Their efforts perpetuate their religious and cultural identity and connect diaspora communities and experiences to the mother church as well as to the realities of marginalization and persecution of their co-religionists in Egypt. However, relatively little research has been carried out on the virtual or digital presences of diaspora Copts, all the more significant in the wake of the so-called Arab Spring. Focusing on religious identity, this article fills a lacuna by analyzing three case studies of electronic identity mediation and preservation in the Coptic diaspora: (1) the online ecclesiastical-pastoral and educational presence of Bishop Suriel of Melbourne, (2) the spiritual-social-cultural mission of the Los Angeles-based Coptic television station LogosTV, and (3) the global collaborative academic project of the digital Claremont Coptic Encyclopedia. These are part of an emerging electronic Coptic diaspora (e-diaspora)—a form of borderless territoriality—that functions to compensate for the loss of territorial and socio-religious-cultural-political control in Egypt and provide Copts with virtual territorial gains and borderless space for community and consciousness raising.

An earlier version of this article was presented at the Annual Meeting of the American Academy of Religion held in San Diego (November 2014).