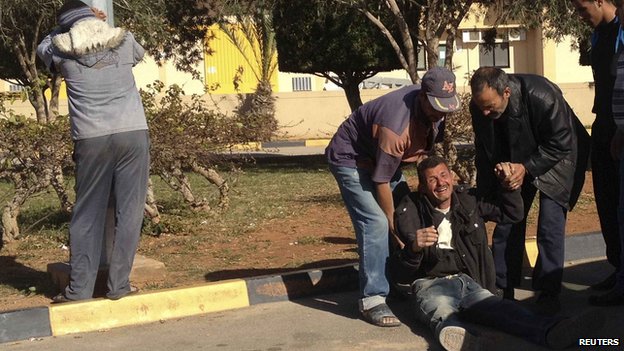 The bodies of seven Egyptian Christians have been found on a beach near the Libyan city of Benghazi, officials say.

They died after being shot in the head and chest, security officials said.

A Libyan interior ministry official told the BBC's Rana Jawad that authorities could not "at this stage speculate on the motive of the crime".

The Libyan government has struggled to impose order since the overthrow of Muammar Gaddafi in 2011, and killings and assassinations have become common.

Last month, a British man and a woman from New Zealand were shot execution-style west of the capital Tripoli.

They were subsequently released unharmed.