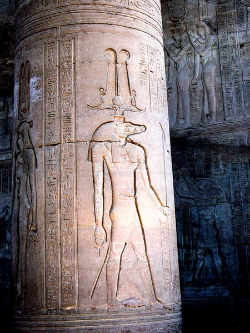 CAIRO, Egypt, February 17, 2014 (Morning Star News) – More than a week after a Muslim went on an anti-Christian rampage in Upper Egypt that left one woman dead and another wounded, many area Coptic women are still too afraid to leave their homes, residents said.

In Kom Ombo, 48 kilometers (30 miles) north of Aswan, the Muslim on Feb. 8 attacked several Christians, including employees of two Coptic-owned pharmacies and two students who were walking nearby. Although the alleged assailant has been arrested, residents fear there could be others whose sole motivation for attacking was hostility toward Christians.

Madline Wagih Demian, 30, was killed solely because of her faith, said her brother, Ayman Wagih Demian, while religious rights advocates say rumors about the mental stability of the suspect, Mahmoud Mohamed Ali, are circulating in order to conceal the religious motive and begin to build his defense.

Security officials arrested Ali, a Kom Ombo resident, around midnight the night of the attacks and are holding him in the town. Witnesses of the attacks, including three victims who survived, have identified him as the culprit.

The attacks began shortly before 7 p.m. when Ali walked up to the service counter of a Coptic-owned pharmacy, requested some medication and asked for the price. The clerk, who gave Morning Star News only his last name, Abanoub, told Ali that he had to check the price on his computer, and then Ali attacked.

Ali went to another Coptic-owned pharmacy and, once inside, he pulled out the knife and plunged it into Madline Wagih Demian’s neck, severing one of her arteries, witnesses said. Demian screamed, fell to the floor and bled to death within seconds, they said.

Ali ran out of the pharmacy and found two high school girls, Marian Kamal Shafik, 19, and Youstina Nasser Gendy, 18, walking down the street. Moments before, Gendy and Shafik had waved hello to Demian, a mutual friend of theirs, as they passed. As they continued on their way, the two heard Demian’s last scream, not realizing something was wrong until seconds later.

“When I turned around to tell my friend to hurry up,” Gendy said. “I saw this guy come running out of the pharmacy, and he stabbed her in the shoulder from the back. Marian fell face-down on the ground. I went toward her, and she said, ‘Help me.’”

Ali had left the knife in Shafik’s back, and Gendy said she didn’t know whether to pull it out or not. Before she could act, Gendy saw Ali coming back for the knife, she said.

“He came back and pulled the knife out of her shoulder and told her, ‘You deserve it,’” Gendy said.

Gendy fled, running into a crowded street to escape Ali and to find help for Shafik. When she returned, Ali was gone.

Gendy was taken away from the attack in an ambulance carrying Shafik, who survived, and the body of Demian. For days Gendy was unable to talk and, without warning, would break into fits of screaming. She is starting to recover, but the words Ali said keep playing through her mind.

“What was the girl who was killed guilty of?” she said, her voice filling with anger. “What are we guilty of that we are not able to walk the street? What have we done to ‘deserve’ this?”

Ayman Wagih Demian said the killing has crushed his family. His sister, who was married, worked at the pharmacy to raise money to help take care of her ailing parents.

“I am deeply hurt. The whole house is hurt,” he said. “My father is so sad. The whole town is shocked and hurt by the incident. Since the incident, no woman comes out on the street alone as they used to.”

Unstable Drug Addict?
Almost immediately after Ali’s arrest, rumors began circulating throughout the town about possible reasons for the killing. Some townspeople said Ali was a drug addict seeking either drugs from or revenge against pharmacists. Others said Ali lost touch with reality after, in rapid succession, he was let go from a job, lost his mother to illness and then his wife was diagnosed with the same disease that killed his mother. Other townspeople, citing ties that some members of Ali’s family have with the Muslim Brotherhood, said that the Brotherhood capitalized on the mounting medical bills of Ali’s wife and paid him to commit the crimes.

Osama Wagdy, a human rights activist at Nations Without Borders, based in Kom Ombo, said the rumors are part of a smoke screen to shift blame away from Ali and establish the groundwork for his defense. Wagdy and other Copts are concerned that Ali will be characterized as insane or somehow otherwise mentally incompetent to stand trial, allowing him to escape punishment.

The tactic has been employed all too frequently in clear-cut cases of violence against Copts. And because of it, the impunity with which people can attack Christians in Egypt without punishment encourages other attacks, Egyptian human rights activists say. There are no jury trials in Egypt, and judges accepting dubious insanity pleas allows leaders in Egypt to claim there is no persecution in Egypt, human rights activists say; if officials can claim perpetrators of anti-Christian violence aren’t products of a system rife with religious bigotry but are instead mentally ill, then they can claim assailants are therefore not representative of Egyptian society at large.

Wagdy said Ali clearly chose his victims “because they are Christians.” The retail pharmacy trade in Egypt is seen to be dominated by Copts, and according to witnesses, Ali passed up several opportunities to attack Muslims, instead, going from one Coptic-owned pharmacy to another.

While many persecution-related crimes against Copts have more than one motivation, such as monetary gain in the recent spate of Coptic kidnappings, or political revenge in the past month’s shootings of police who guard Egypt’s numerous churches, the Feb. 8 stabbings seem to have been motivated purely by a desire to kill Christians.

“If he was attacking random people, he could have attacked anybody on the street even if they weren’t Christian,” Demian said. “Not every time a crime happens against a Christian, the one that does it is mentally ill.”

Pain and Faith
One of the young women stabbed, Shafik, has come to some level of resolution about the attack. She said she feels God was protecting her during the attack and is now using what happened to her to make sure Ali is kept from harming others, and that Demian’s death will be punished. She also feels God allowed her to be attacked to teach her an important lesson.

Shafik said she didn’t feel the knife go into her back. At first she didn’t even see the assailant, she said. He “came all of a sudden and stabbed me. I didn’t turn around. I was stabbed quickly while my friend was screaming,” she said.

The knife went in deep but missed vital organs, she said, adding, “It was a miracle.”

Saying she didn’t remember what Ali yelled at her, Shafik said she only remembers “his face was full of anger.”

Shafik was taken to the closest medical facility that could be found until an ambulance arrived – a veterinary clinic.

“I was out of breath and I couldn’t talk,” she said. “My wound was bleeding, but I didn’t feel it. I feel God has given me the strength to deal with the pain.”

She was treated in a hospital, and then hours later was taken to the site where Ali was arrested. She was able to identify him to authorities, she said.

The most important thing that happened through this incident was that her faith in God was renewed, Shafik said. Before the attack, she was buried in loneliness and thought God had abandoned her, she said.

“I was away from God,” she said. “I was upset at God, and He let me go through this to tell me He hasn’t left me, and that He would be with me in all situations.”

Morning Star News is a 501(c)(3) non-profit corporation that relies solely on contributions to offer original news reports of persecuted Christians. Our mission is to inform those in the free world and in countries violating religious freedom about Christians worldwide who are persecuted for their faith. For free subscription or to make tax-deductible donations, contact This email address is being protected from spambots. You need JavaScript enabled to view it., or send check to Morning Star News, 24310 Moulton Parkway, Suite O # 157, Laguna Hills, CA 92637, USA.