Tariq Ramadan on rape charges: “Yes I made a mistake…It was a political set up….to neutralize the Muslims” 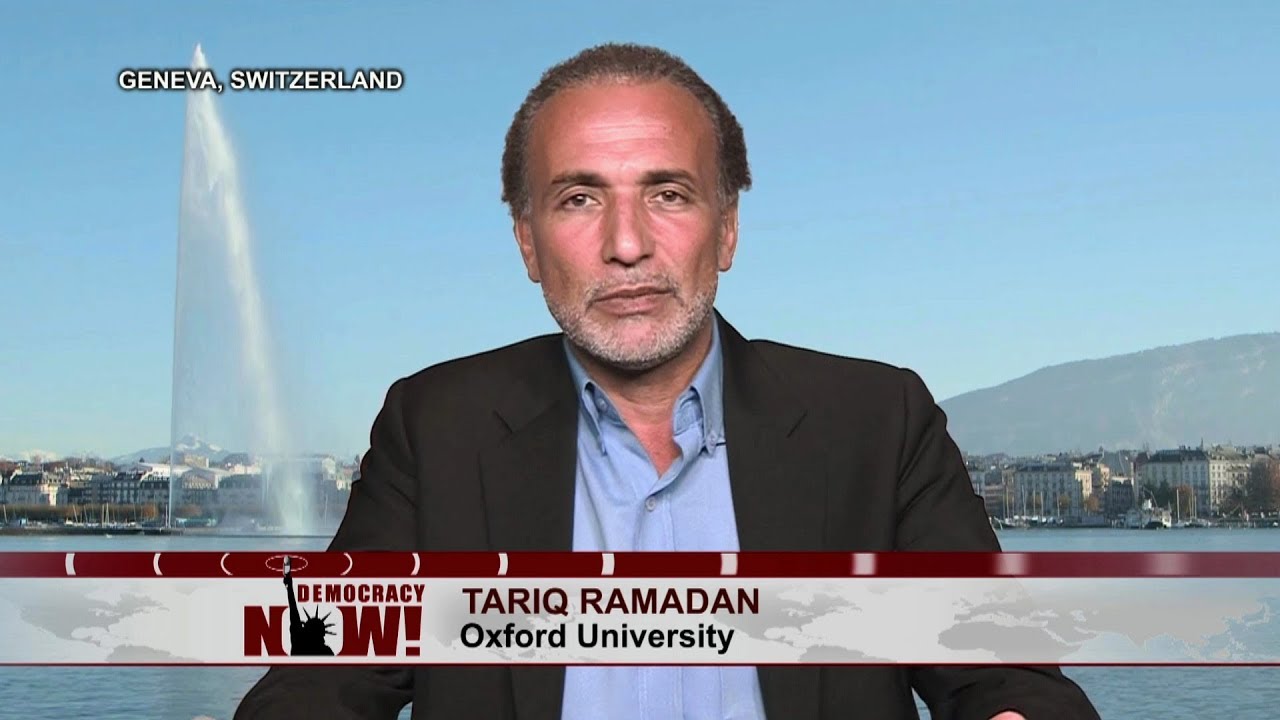 Ever the victim, no matter what. Tariq Ramadan has been accused by several women now of violent rapes. He acknowledges some nebulous wrongdoing here, but then claims that it was all an attempt to discredit him, and thereby to “neutralize the Muslims.” It’s the same old victimhood paranoia we see from Islamic supremacists whenever they’re accused of any wrongdoing at all.

“Islamic Scholar Tariq Ramadan, after Serving Time for Rape Charges: The French Judicial System Imprisoned Me as Part of a Political Plot to Destroy My Reputation; This Can Happen to Any Vocal Muslim,” MEMRI, December 20, 2019 (thanks to The Religion of Peace):

On December 20, 2019, Swiss Islamic scholar and former Professor of Contemporary Islamic Studies at Oxford University Tariq Ramadan, who took a leave of absence from his position at Oxford and served time in a French jail in 2018, after he was convicted of rape and sexual assault, uploaded a video to the Internet titled “Personal Message to My Brothers and Sisters in Islam.” In the video, Professor Ramadan claimed that he knows he has failed to live up to his principles and said that he asked God for forgiveness in prison. He asked his fellow Muslims to help him with the “healing process.” He went on to say that the French powers and judicial system had imprisoned him not because of the moral issues at hand, but because they were implementing a “plot” with the main objective of destroying his reputation and deterring people from listening to him, since he is a Western Muslim who is vocal about Islam and his views. He warned that the same thing could happen to any Western Muslim who is vocal. On February 13, 2020, Ramadan was formally charged with raping two more women.

Tariq Ramadan: “Yes I made a mistake. I did not live up to my principles. There were contradictions and I think that this is important to acknowledge. And all the story, all what happened during my time in jail helped me to come back to the essential teaching that I thank God for helping me to go through all of this process, the healing process that I went through when I was isolated in my cell and asking God for forgiveness and trying my best to reconcile myself with my principles. I know that some of you were disappointed and shocked. I think at that dimension, for this question it is important for every one of you to just think about you know what happened. I am but a human being. What happened to me could happen to anybody. And it is important for every one of you to try and get a sense of how do I deal with this? How do I deal with someone who is acknowledging mistakes and moral shortcomings?

“What I am asking you is to just deal with this as my brothers and as my sisters and to help this process to occur through prayers and supplications and love.

“You know the way I was treated by the French judicial system has nothing to do with the moral question, the moral issue. They do not care about the moral issue. The French power and all the people who were involved in this, they do not care about the moral dimensions. What was clear from them: They had to destroy the reputation of someone who is vocal in the West. Vocal in France. Vocal in Europe about the reality of being a Muslim. So the very essence of my message saying: We are western Muslims, we are American Muslims, European Muslims, French Muslims and we are an added value in the society. There is no contradiction between us and the society. This was the target. This is what they don’t want to hear. They don’t want to listen to this message. And I was at the forefront of this message. And by destroying my reputation and making it clear that other people should not listen to me, the whole story had this as the main objective.

“Now if you come to the case, the way I was put in jail, the way I was treated. Now I am vocal. I am able to speak out and to say what happened to me is happening to so many Arabs and Muslims in the European jails and in the French jails as it’s happening to black and Muslims in the American jails. That’s the reality of it and we have to be clear that there is discrimination, stigmatization, racism that is at stake in the whole issue. And I was a symbol. To destroy me meant, let the people understand: If you want to be vocal you have to face the reality. It happened to Tariq Ramadan now, it could happen to anyone in the future. Anyone who is vocal. Man and woman, you need to know that this could happen.

“It was a plot. It was a political set up. And this could happen to anyone. So the fact now that media are talking about the moral side, just to neutralize the Muslims, unable because they are involved in moral assessment to understand the political dimension of this is doubly dangerous.”