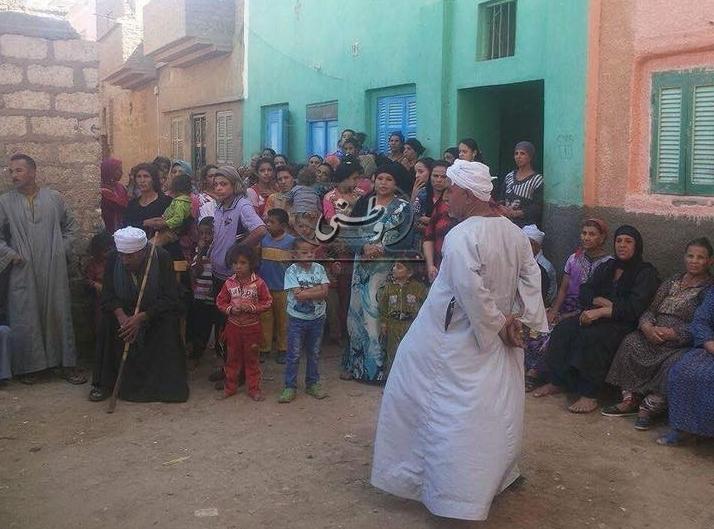 Egypt’s Coptic Christians have been nominated for the 2018 Nobel Peace Prize for choosing peaceful coexistence over retaliation in the face of persecution, reports the US-based news site PR Newswire.

It is believed to be the first time in the 116-year history of the prize that an ethnic religious group has been nominated, said the news site. The US-based non-governmental organisation Coptic Orphans submitted the nomination.

This year’s winner will be announced on 5 October and the prize awarded in Oslo, Norway, on 10 December.

The Copts were nominated for “their refusal to retaliate against deadly and ongoing persecution from governments and terrorist groups in Egypt and elsewhere”, PRNewswire said.

According to a report published earlier this month, attacks by members of the Islamic State group against Egypt’s Coptic Christian community “were among the deadliest acts of religious persecution” last year.

Among other attacks, IS claimed responsibility for three church bombings in Egypt in 2016 and 2017 in which 70 people were killed and more than 100 injured.

As World Watch Monitor has reported, Copts, who account for around 10 per cent of the population, also are targeted by mobs of local Muslims who protest the presence of their churches in villages around the country.

In many cases Copts are persuaded to attend “reconciliation sessions” to contain the fallout of these attacks.

Egypt: After 7 years of delays, new church for Copts, who agree to drop arson claims

Why are attacks on Egypt’s Coptic Christians getting worse?

The process, however, is viewed with suspicion by some Egyptian Christians. Rev. Dr. Andrea Zaki, head of Egypt’s Protestant Church, told World Watch Monitor in April he urges clergy not to take part in the sessions, because it renders the law “absent”.

Some Coptic leaders have tried to instil a sense of patriotism and “martyrdom for the home country”, but many Copts have said they have become increasingly tired of “sacrificing willingly” for Egypt’s national unity.

Copts came under increased pressure after the ousting of President Mohamed Morsi and his Muslim Brotherhood during the revolution in 2013.

Last month a court in Giza, 5km southwest of central Cairo, sentenced one of the perpetrators to life imprisonment for burning a church in in the village of Kafr Hakim, near Kerdassa, just west of Cairo, on 14 August 2013. According to Coptic news site Watani, Abdel-Hady Rabie was sentenced in absentia in what was a retrial.

The head of the Coptic Orthodox Church, Pope Tawadros II, said during a visit to the US on Monday (24 September) that the Copts’ situation had slightly improved, referencing the 39 Coptic members of Egypt’s House of Representatives.