A 16-year-old Coptic Christian girl kidnapped on 28 June to be “converted to Islam, then married off or sold”, was released and returned to her family on 30 September after police found her and arrested her kidnappers in a city just outside Cairo. 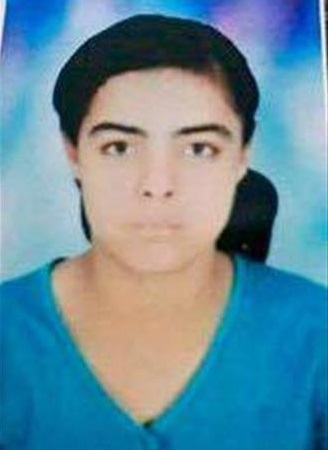 Marilyn was released after 92 days in captivity.

Marilyn was recovered from a city named 10th of Ramadan, but she is from a village several hundred kilometres south, in the governorate of Minya.

Her village priest, Father Boutros Khalaf, told World Watch Monitor: “Recently we found out that Marilyn was held in a place in 10th of Ramadan city…. We went to the local police station and they really did their best to reach her and managed to arrest her kidnapper, Taha, and his brother, Gaber, and release Marilyn. She returned back to her family on Saturday, 30 September, after 92 days”.

Fr. Khalaf said she had “not been treated well” by Taha and his friends, but she is just “very happy to be back with her family”.

“We thank God for answering our prayers and the prayers of many other people,” he added. “And we thank all the policemen in the police station that helped us so much in releasing our daughter, Marilyn. We appreciate their great efforts.”

Her kidnapping was part of a series of disappearances in which Coptic girls were targeted by Islamist networks, who kidnap and force them to convert to Islam and then either marry them off or sell them for large amounts of money, as World Watch Monitor reported last month.

According to ‘G’, a former kidnapper who said he actively targeted Coptic girls before he left Islam, the group he was part of “rented apartments in different areas of Egypt to hide kidnapped Coptic girls. There, they put them under pressure and threaten them to convert to Islam. And once they reach the legal age, a specially arranged Islamic representative comes in to make the conversion official, issue a certificate and accordingly they change their ID”.

Egypt: ex-kidnapper admits ‘they get paid for every Coptic Christian girl they bring in’

‘G’ said one of the strategies they used to gain the girls’ trust was for the kidnapper, a Muslim man, to tell the Christian girl he loved her and wanted to convert to Christianity for her.

“They start a romantic relationship until, one day, they decide to ‘escape’ together,” ‘G’ explained. “What the girls don’t know is that they are actually being kidnapped. Most of the time they will not marry their kidnapper, but someone else.”

Marilyn was kidnapped in this way as well. And although the name of her ‘boyfriend’ at the time was known, a young man named Taha, no arrests were made. Meanwhile, videos of Marilyn, in which she said she had converted to Islam, appeared online. In one, she held a Quran; in the other, veiled, she seemingly repeated what was dictated to her through an earpiece.

Her mother, Hanaa Aziz Shukralla Farag, seeing the video said her daughter was being forced. “She was holding the Quran as if she was holding a medal,” she said. “I see she is under pressure.”

In their desperate attempts to retrieve their daughter, Marilyn’s family wrote letters to the Egyptian president, Abdel Fattah el-Sisi, the interior minister, and many other high-ranking figures, though it is unknown whether these helped to secure her release.